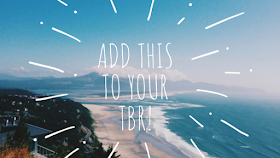 
Goodreads Summary
Twelve-year-old Aru Shah has a tendency to stretch the truth in order to fit in at school. While her classmates are jetting off to family vacations in exotic locales, she'll be spending her autumn break at home, in the Museum of Ancient Indian Art and Culture, waiting for her mom to return from their latest archeological trip. Is it any wonder that Aru makes up stories about being royalty, traveling to Paris, and having a chauffeur?One day, three schoolmates show up at Aru's doorstep to catch her in a lie. They don't believe her claim that the museum's Lamp of Bharata is cursed, and they dare Aru to prove it. Just a quick light, Aru thinks. Then she can get herself out of this mess and never ever fib again.But lighting the lamp has dire consequences. She unwittingly frees the Sleeper, an ancient demon whose duty it is to awaken the God of Destruction. Her classmates and beloved mother are frozen in time, and it's up to Aru to save them.The only way to stop the demon is to find the reincarnations of the five legendary Pandava brothers, protagonists of the Hindu epic poem, the Mahabharata, and journey through the Kingdom of Death. But how is one girl in Spider-Man pajamas supposed to do all that?


Why you want to know about this book
With Rick Riordan's name attached, you know right away you're going to have a lot of readers for this book!  However, Rick Riordan did not write this book.  We all know Riordan knows his mythology.   What Riordan knows is there are tons of other myths that come from many different cultures.  What he also knows is he does not have understanding of them.  So, he has set off to go find authors that do and they will write the stories.
Roshani Chokshi, the author of New York Times best-selling novel The Star Touched Queen, is writing the first series of Riordan's imprint.  Choskhi gives us Aru Shah - a middle grade student who invents some perhaps larger than life stories (a.k.a. lies) so her classmates will think she is cooler than she actually is.  The reader quickly sees that she is a character we want to know due to her witty sense of humor (I laughed out loud in almost every chapter) and her reluctance to go save the world!
I only got through The Lightning Thief and while I enjoyed it, I wasn't compelled to read the rest of the series.  After reading Aru Shah, I can tell you I'll definitely be reading the rest of the series!  I think it was Aru's sense of humor that made me love the story.  I'm looking forward to the next one... in 2019!  Small wait... In the meantime I'll be looking forward to September 18th when we get the next series in this imprint - The Storm Runner by J.C. Cervantes.

Give this to kids who


This is the first book in a planned four-book series.  I'm already excited for 2019 to see what happens next!  Don't miss this book on March 27th.  I have a feeling you'll need multiple copies.